For the last 11 days I've been running a Twitter campaign on the sale going on with my book, Testing with F#. The discounted price has been only $5 for almost a month and that is now at an end. I've not been running the campaign in order to sell a large quantity of books, but more so to get a grasp on how this Twitter ADs works. I will summerize it here for you.

I set the campaign to start 28 December and run until 7 January. During this time Twitter was allowed to spend 45 SEK 1 a day, and a total of 495 SEK 2 for the entire period.

It surpised me that you needed to select a location for the campaign. I'm interested at selling my book anywhere in the world. Why would I want to select a location? In the end I picked locations from Google Analytics of my blog. Those reading my blog would also be interested in my book? This might have been an error on my part. 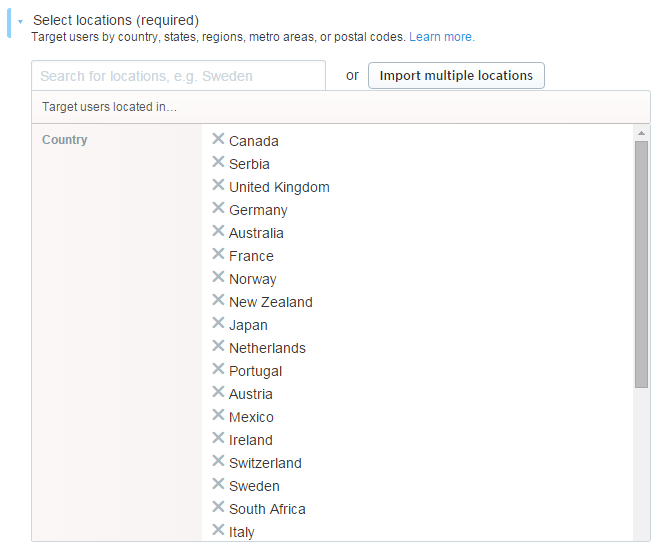 I didn't make any specific pick for gender, language or device. These don't matters in my case. I did put in a list of keywords that should be matched, to find my audience of F# developers or people tweeting about unit testing. 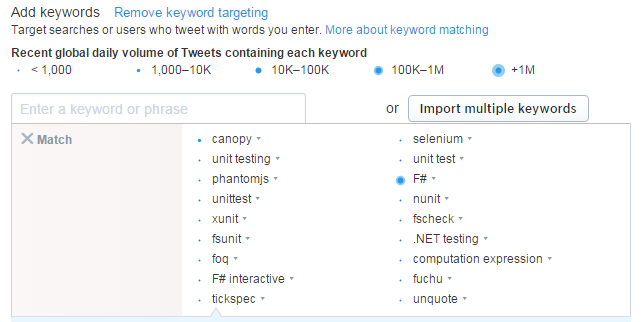 I wanted a narrow match rather than a wide match. If I were to add software development to the list, I would get too wide match with people not interesting in this book. The same for testing which would target a wide audience of non programmers.

In retrospect this might be completely wrong and I should've added the terms programming, testing, software development and other quite loose keywords.

Then it was time to create the AD tweet. I used the built in card creator to write my tweet without spamming it all to my followers. 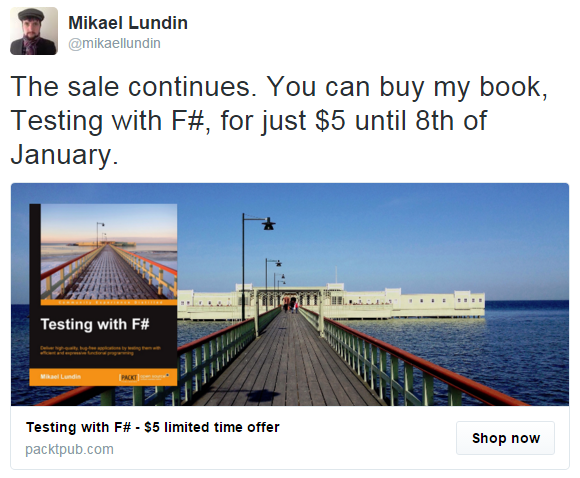 The recommendation is to create several different tweets, but I really couldn't think of any more ways to express my message. Anyway, with this I fired off my campaign and off we go.

It was quite exciting to watch the campaign dashboard and all the impressions ticking up, but what I didn't expect was the likes and retweets that my campaign was getting, and that I was constantly notified about in my phone. At first this was fun and exciting and later it started to get quite annoying.

I kept a close look on my Google Analytics and Twitter Analytics. The campaign was not really bleeding over to my Twitter Account or my blog. I got a few new followers, but the visitor statistics for my blog stayed the same as previous weeks. I guess if I want to draw followers to my blog, I need to target the campaign exactly at my blog. The PACKT website was the target and not my blog, but it would've been a nice side effect if some of the visitors were to bleed over to my blog.

The result of the campaign was following.

The locations where the campaign made an impression 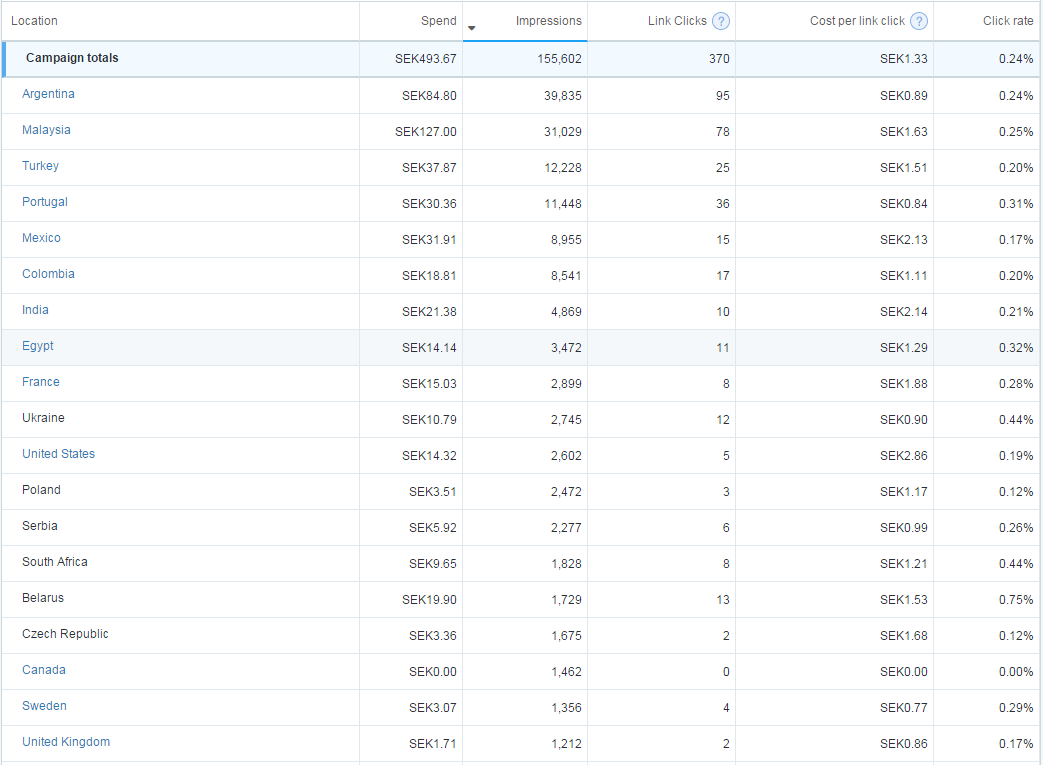 Some musings about the result

The campaign didn't quite turn out the way I was expecting it. I was musing about 1% link clicks from the number of impressions and instead it was a quarter of that, 0.24%. For me, this is almost within the margin of error, where people accidently pressing a link because they stumble with their thumbs.

I think the cause for this low engagement is that I'm missing my audience. F# might not be the best keyword to match with as this might be short for something else than the Microsoft F# programming language.

I should probably have added a few more large keywords as software testing, functional programming as to give the impressions a bit more spread and not only hit 1 keyword.

I think I could've skipped most on the 39 locations and focus on a few. I should not only have run the list of locations through my blog, but also through the shipping targets of the PACKT e-shop store.

I don't have any statistics on conversion rates as in how many sales I got from this campaign, but I would be very surprised if the sales will cover the cost of the campaign. This was an experiment and I'm not at all disappointed.