How to fix your Sony Pulse Headset

I was thrilled when my wife bought me the Sony Pulse Headset for christmas, and I spent three weeks living inside it playing XCOM. That was fun times. 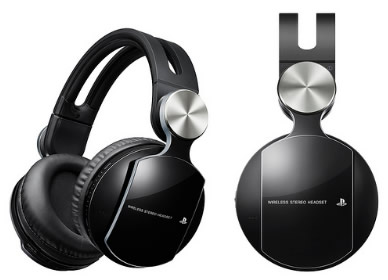 I was not so thrilled when 6 months later it broke down. It would no longer pair with the PS3 system. It would only blink blue repeatedly until it gave up.

There was no reason for it to break. I hadn't installed any new firmware, I hadn't mistreated it in any way. It just stopped working one day.

I did the only reasonable thing to do. I consulted the internetz to see if anyone else had the same problem and found a solution. I found huge forum threads with gamers with broken headsets. I also found a huge amount of solutions

But none of the solutions worked for me.

I really missed my headset and I revisited these forums several times over the span of a year without any progress. The only message sent from Sony was to return the faulted headset to get a new one.

In the midst of all failed attempts, there was a tip to download a specific app to the PS3 system called Headset Companion App.

This is found in the PlayStation Store in the Application section.

After waiting for a while for the headset to get loaded with factory default firmware, it actually managed to pair again with the PS3 system after a reboot.

Now my Sony Pulse Headset has ran flawlessly for several months. I haven't had to reset it to factory defaults again, and I'm confident that the Headset Companion App did the trick.

It would have been nice if Sony could communicate this possible fix, and I wouldn't had to be without headset for 1 year.