Have you ever used TFS (Microsoft Team Foundation System) in a day to day basis? I'm sure its all fine and dandy for managers, but as a developer the revision control system of TFS gives me headaches. One or two reasons for this are...

Nice to get that off my chest.

But TFS11 will solve those problems?

How to get going with git

The solution to the TFS problem is not using it for revision control, but only as centralized storage for Git. Here I will describe how to install git and explain my workflow with git and tfs.

Head over to the git homepage and install git itself. This will give you the binaries that you need to use git.

You need to install the Git-Tfs gateway in order to push and pull commits between Git and Tfs.

The latest version at the time of writing this blog post is 0.12, and it has a defect of not being able to handle files with filenames not in ASCII. If you need to handle filenames with characters not in ASCII you should instead download the code from github and compile head version yourself. They've fixed it in there. Any version of Git-Tfs after 0.12 should have this problem fixed.

In order to get git to recognize the git-tfs extension they both need to be in the global environment path. The following figure explains where to find and edit this path variable. 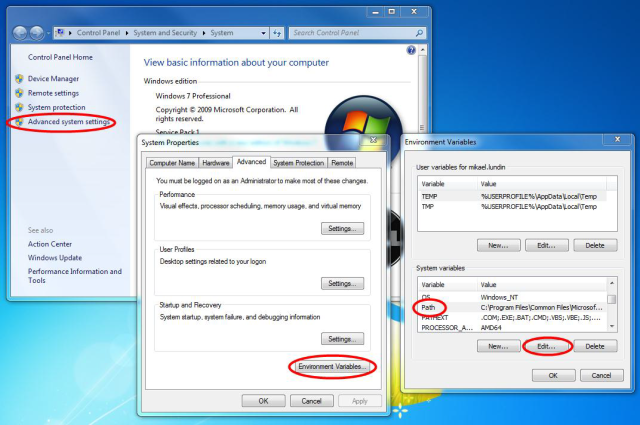 I've added this value to the variable.

I use Cygwin and Console2 to enlighten my git experience.

For those that find console applications intimidating, should try the graphical tool called TortoiseGit. I've not tried it myself, but heard from colleages that it gives you an almost as good experience as working directly with the console. 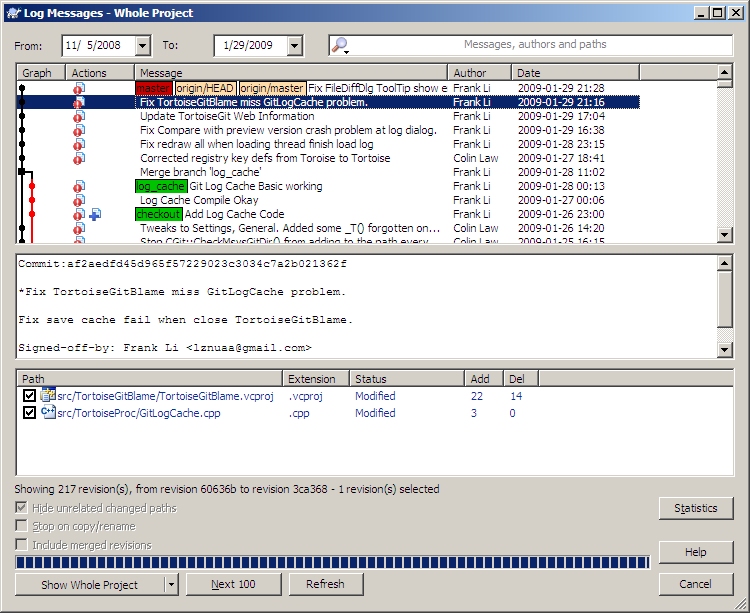 Working with git is not the same as working with TFS. You need to rethink the way you normaly do version control. Git is about versioning your code. Tfs is as much about centralizing your code, storing it all in one place.

When I was working with TFS, I would check in my work when I was done with a feature. Now when I work with Git, I will commit every change I do to the source code. I still push my completed user stories to TFS when they are done, so the frequency of my TFS checkins are not depleted, but I commit to git for every little change, giving me a complete history of 'fixing that bug' or 'completing that function'.

First you clone your TFS repository.

This will give you a complete copy of the whole TFS history for that TFS path into ProjectPath. If you have a lot of history, and a lot of files, you need to be patient while all this is downloading. Thankfully you'll only have to do this once.

STOP! Yes, you have the code, but don't start coding just yet. You have a git repository and a master branch. The thing is, you never code directly into master branch. Instead you create a branch for every user story or bug you need to fix. Do it like this.

This will create a new branch called "my_new_feature" and make it active. Now you can start development of your feature.

The three most important commands while developing your feature are status, add and commit.

Let's commit a change to our new branch.

What did happen during development of my_new_feature is that a coworker checked in his changes to TFS. Now we want to pull them out and update our branch with his changes. We du this with a tfs pull and rebase. 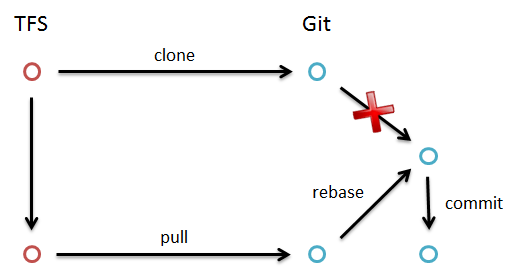 What happens when you rebase a branch is that you rewind all commits, rebase the branch on the new version in master, and then reapply your commits to that branch. You will get conflicts if you have made commits to the same stuff as what you pulled from tfs. A great aspect of this workflow is that the conflict will arise in a local branch where it won't affect other development if you would need to create a new branch before solving the conflict.

When you're done with your new feature, you should merge it to master and from there we could push it back into TFS, which is effectivly a TFS checkin. 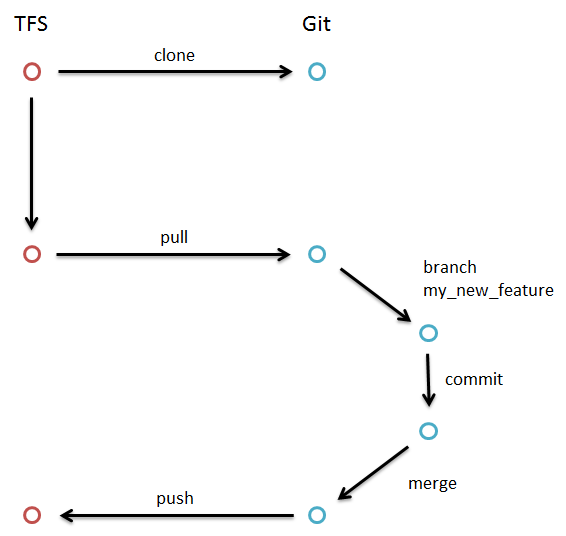 What are the benefits of working with git?

This workflow seems to give you a lot of overhead. Should it be this hard to just manage versioning of software. Do you really get back all the time you invest in creating branches and merging back and forth?

Using git with TFS is probably the closest you can get, having a decent experience with TFS version source control, even if that means taking away 'version' and 'control' from the Team Foundation System.