Outsource your caching with memcached

I'm currently working on a large business system for a client where there are several caching situations, because the service that delivers the data is too slow, the database is too slow or we don't want to hit the source for the data all too often. I've been hand rolling most of these cache layers myself. I don't like the idea of using ASP.NET caching for non ASP.NET applications.

Always when I hit the same problem the third time, I start looking for a common solution. When I was about to write my third caching implementation, I made a google search and found out that I probably should move the cache outside the application pool into a seperate service. Memcached is a service that I've heard of before, but I haven't really tried it out. Memcached is

How does it work?

Download and install the service from NorthScale. You'll get a user interface where you can analyze status of your cache service. Notice all the stuff about clustering which is cool, but probably only usable if you're Facebook or Twitter. 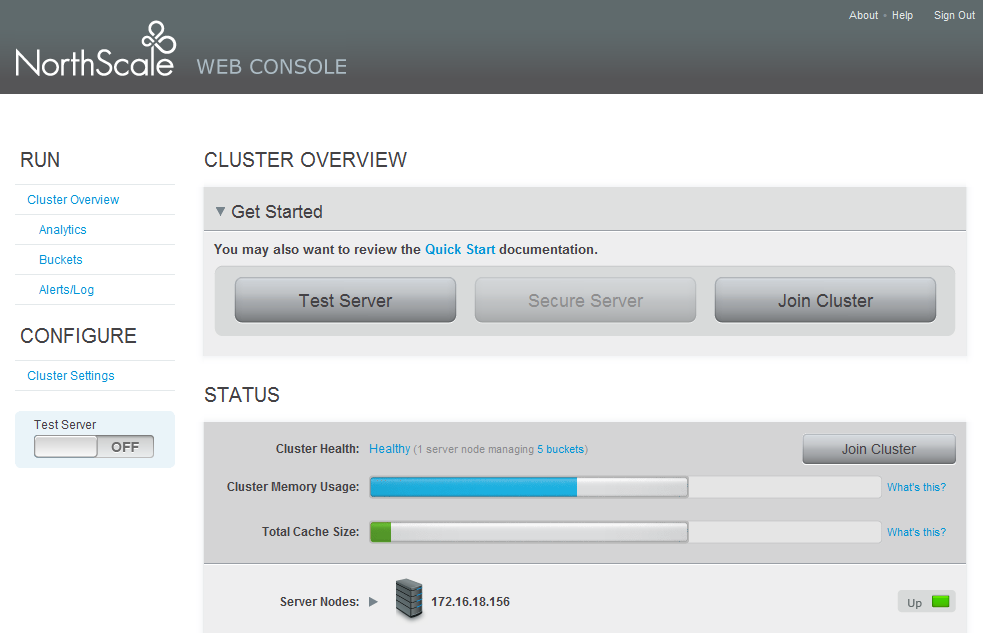 You will need to add configuration to tell NorthScaleClient where to find memcached service.

Now you can get and set data from the cache like this.

Easy huh! Now, go out there and cache the world!